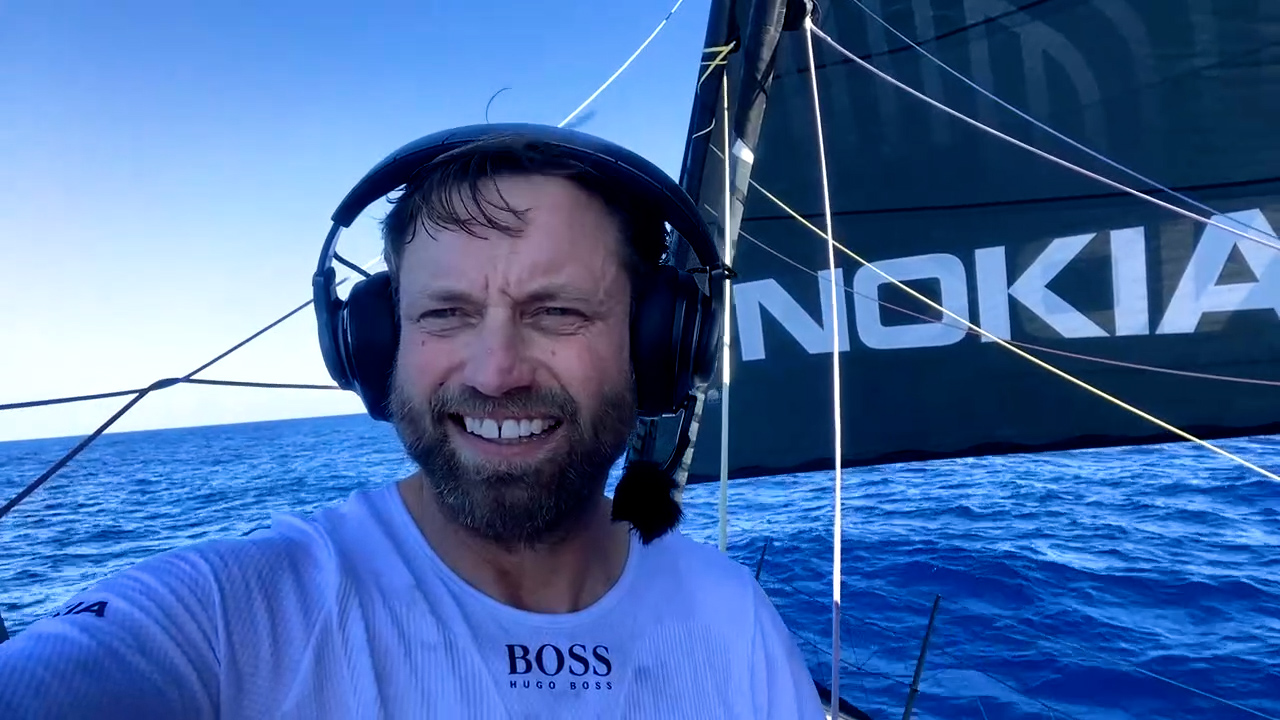 Just 48 hours after he unearthed structural damage to his HUGO BOSS boat – on day 13 of the Vendée Globe round-the-world yacht race – Alex Thomson has confirmed that he is sailing once again.

Thomson discovered damage to the bow area of his IMOCA yacht on Saturday evening UTC and, after alerting his team on shore, was forced to bring the boat to a stop while he carried out a complex repair at sea to reinforce the structure inside the boat.

With the help of his team, led by Design Manager Pete Hobson – together with naval architects, VPLP and structural engineers, Gurit – the 46-year-old skipper was able to stabilise HUGO BOSS, undertake the repairs, and has now begun sailing once again.

“I’ve got a sail up again!” Thomson said. “I’m sailing in the right direction and I’m back in the race. I’m super happy about that. It’s been a tough couple of days, an awful lot of work – cutting, grinding, sanding, gluing and there’s still a lot more to go. It’s certainly not over yet but the structure in the bow is now stable, it’s not moving any more and so I can sail in these moderate conditions, in the right direction. Happy days”.

Having led the fleet for much of the race prior to discovering the damage, the Brit has since dropped into fifth place, around 400nm behind the race leader, Frenchman Charlie Dalin. However, with the race only around a fifth of the way through, and more than 19,500 miles still to go, the opportunity to re-join the leaders is still very much alive.

“It’s obviously disappointing but I’m not going to dwell on the negatives here because I think there are way more positives.” Thomson continued. “It’s positive that I found it before it was catastrophic, it’s positive that it happened in the conditions it happened in, which meant the leaders and the rest of the fleet weren’t moving away at 500 miles a day. So I’m just super happy that I’m still in the race. It could so easily have been the end of the race for me”.

Thomson won the hearts of fans around the world when, in the 2016-17 edition of the Vendée Globe, he finished in second place, despite suffering irreparable damage to his hydrofoil just 12 days into the race.

“I’ve been here before, and all you can do is get back on your feet and keep pushing forwards. I’ve probably still got a night and a half of work to do but, looking at the weather, the next few days are going to be quite light, so good conditions for me to finish the job”.

Sensing data is offline right now – we hope to have it back up soon.