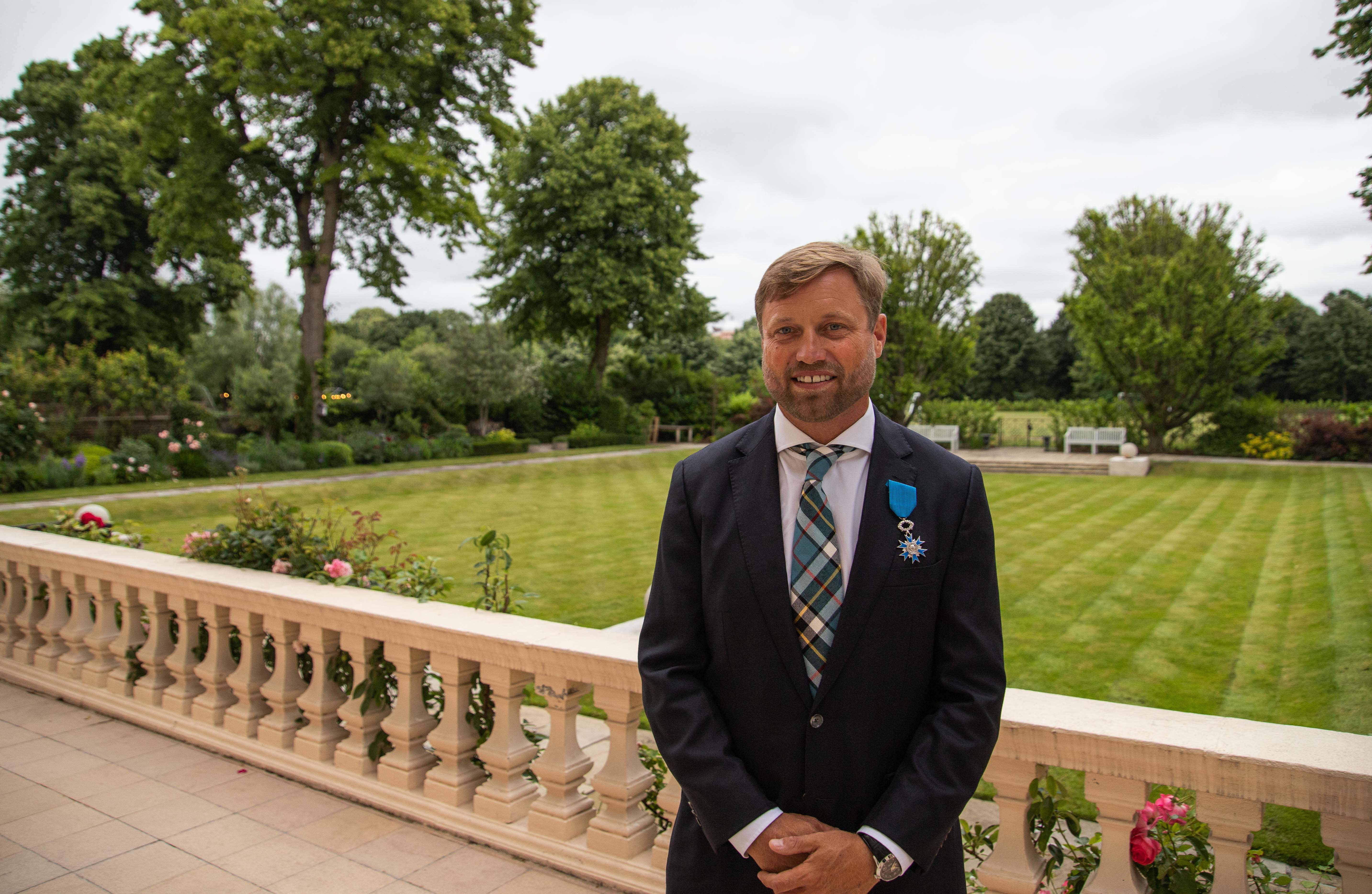 In recognition of his services to the sport of sailing during a career spanning more than 20 years to date, Thomson was given the rank of Knight (“Chevalier”) of the National Order of Merit. He received a medal and certificate in a ceremony, held yesterday [Thursday, June 13] at the French Ambassador’s Residence in Kensington Palace Gardens.

The National Order of Merit – designed to reward “distinguished merit” and to encourage the country’s driving forces – was introduced in 1963 by President Charles de Gaulle. The National Order of Merit is a universal order, honoring individuals from all fields of activity for distinguished civil and military achievements. Its purpose is to reward innovation, to set an example for others to emulate, and to recognize diversity. It is the second national order after the Legion of Honour.

At 45-years old, Thomson is well below the average age of admission to the prestigious group of awardees and is among just a handful of non-French sailors to have ever been presented the honour by the French state.

Throughout his career to date, Thomson has conquered some of the demanding ocean races in the world, breaking multiple records along the way. The father-of-two – who is based in Gosport on the south coast of England – remains the youngest skipper ever to have won a round-the-world yacht race. He also holds the British solo, unassisted round-the-world monohull record, which he set in 2017 when he finished second in the gruelling Vendée Globe – ‘the Everest of sailing’ – in just 74 days, 19 hours, 35 minutes.

On being awarded the honour, Thomson said: “I’m honoured and humbled to receive this award from the French Embassy. France holds a special place in my heart. It is where I have experienced some of the greatest moments in my career so far, and I have been warmly welcomed by the French people who are so passionate about this sport. I’d like to thank the Embassy and the Ambassador for this recognition, as well as my family, friends, team and the public who have supported me every step of the way”.

Jean-Pierre Jouyet, France’s Ambassador to the United Kingdom, added: “I am thrilled that Mr. Thomson has been honoured with the Ordre national du Mérite. It symbolises France’s recognition of his contribution to sailing and the wider world of sports. In addition to being a great champion, Alex Thomson is a true gentleman and an example for the younger generations, conveying the values of hard work, courage and humility!”

Thomson’s life-long ambition is to become the first Briton ever to win the Vendée Globe, recognised as one of the most challenging sporting endeavours in the world today. Having achieved third and second place finishes in the previous two editions of the race – which takes place every four years – the HUGO BOSS sailor will seek to make history in 2020-21 by winning the race.