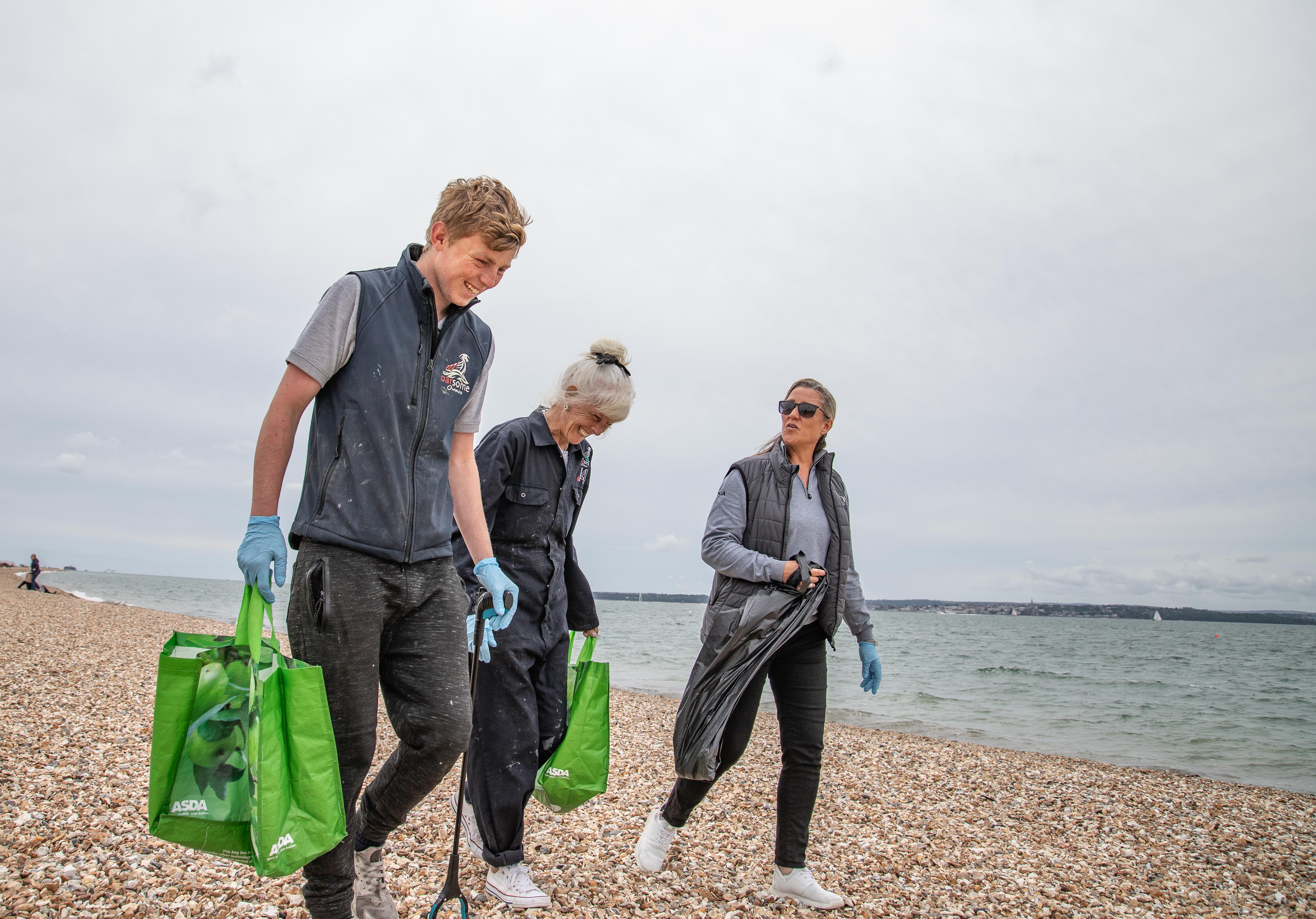 Hampshire-based sailing team, Alex Thomson Racing, together with its charity partner, Oarsome Chance, have teamed up in support of World Oceans Day, which took place on Saturday, June 8th.

Members of the ocean racing team, which is based at Gosport’s Haslar Marina, together with staff and young people from Oarsome Chance, which operates out of St Vincent College in Gosport, organised a beach clean at Stokes Bay, part of an ongoing commitment to sustainability from both organisations.

Together, more than 20 men, women and young people from Alex Thomson Racing and Oarsome Chance removed litter and waste from the beach and surrounding areas in a bid to preserve the beach’s beauty and protect local wildlife.

World Oceans Day is a global awareness day which highlights the growing need to protect our oceans. The annual event aims to educate people about the ocean, creatures and habitats and encourage people to change their behaviour, particularly when it comes to plastic usage and pollution.

In 2017, Alex Thomson Racing – one of the world’s leading offshore racing teams – formed a partnership with Oarsome Chance, a unique charity which aims to motivate, inspire, and upskill young people who are in some way disengaged from mainstream education. The charity offers young people aged between 9-19 a combination of vocational skills, training and access to dry and on-water activities, in a bid to help them discover unearthed passions and carve out potential career paths within the marine sector. Skipper Alex Thomson is a Patron of the charity and continues to provide support and mentorship to its young participants.

John Gillard, Principal at Oarsome Chance, said: “World Oceans Day presents an opportunity to highlight how crucial it is that we protect our oceans. As a proud partner of Alex Thomson Racing, this was the perfect time to bring our teams together to raise awareness of the initiative, which is close to all of our hearts.”

The two organisations plan to host a series of subsequent beach cleans across the local area in the coming months.