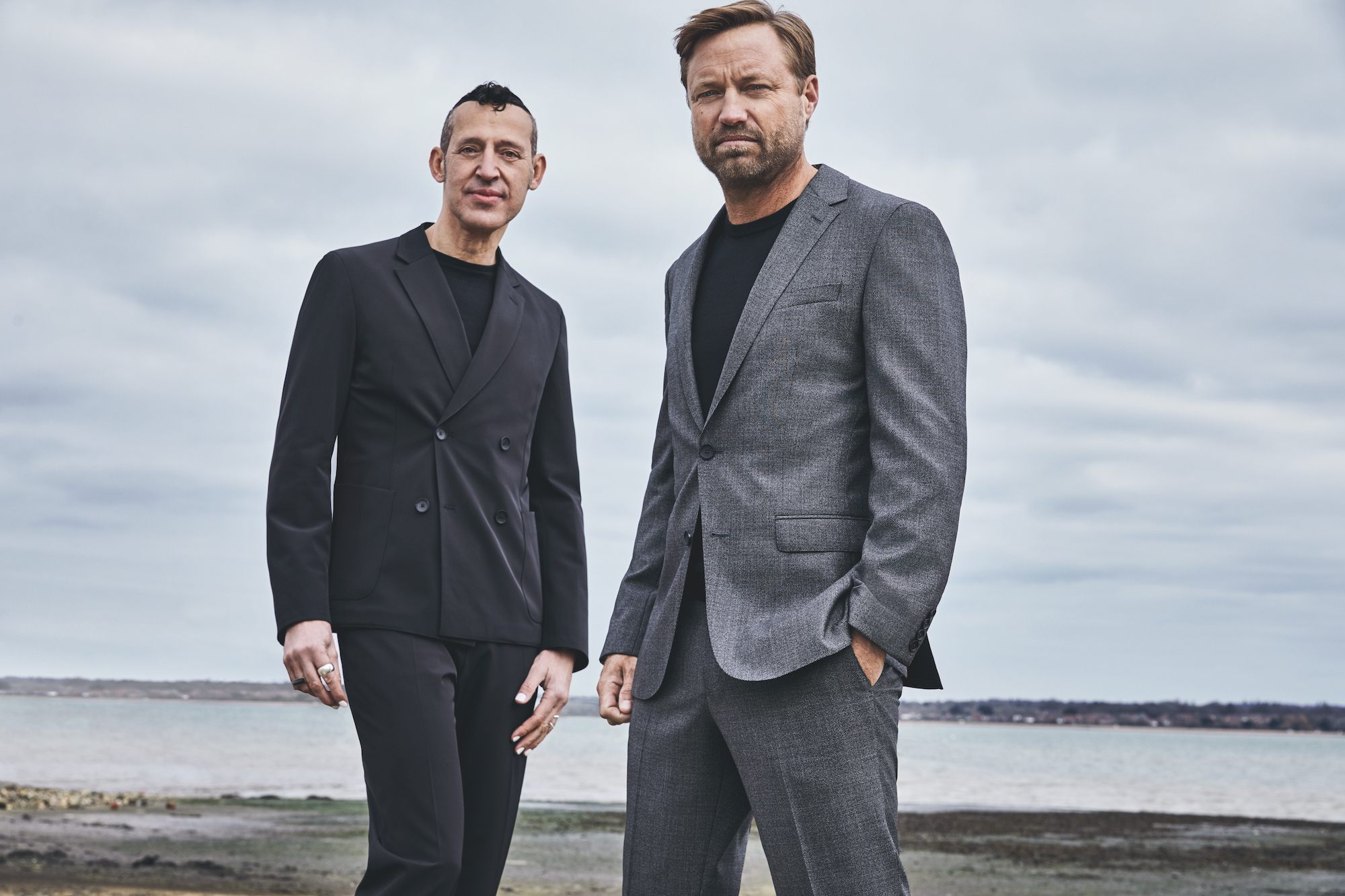 British sailing team Alex Thomson Racing, together with Title Partner HUGO BOSS, have today revealed that the brand identity of the new HUGO BOSS boat – set to launch later this year – has been devised by industrial designer, Karim Rashid.

The IMOCA 60 race boat, which has been more than two years in design and construction, is being built with one goal in mind; to win the solo, non-stop, unassisted round-the-world Vendée Globe race. Having finished the last two editions of the race – which comes around every four years – in third and second place, skipper Alex Thomson and his team have their sights firmly set on victory in 2020-21.

Today’s announcement provides the first indication of what the new IMOCA 60 race boat could look like, as fans continue to eagerly await the boat’s launch later this year. By that time, more than 40,000 hours will have been dedicated to the boat’s design and build, a process which has involved close collaboration between the technical team at Alex Thomson Racing, French naval architects VPLP, and British boat builder Jason Carrington.

“We’ve tried to use the very best people in every area” said Thomson. “The best architects, the best engineers, the best laminators, the best painters, and so on. It’s about having a world class team working together to make the fastest, most reliable, boat possible.

“But while collectively we possess all the skills needed to design and build a boat that we really believe in, we knew that we needed somebody to devise a strong brand identity for the boat. And that is where Karim’s vision came into play. It was great to see how passionate he was about the project from the very beginning.”

With more than 4,000 designs in production and 300 awards to his name, Karim Rashid is a leading light in his field. The designer’s work spans architecture, fashion, furniture and interiors. This is the first time, however, that he has turned his peerless expertise to creating an inimitable look for a racing yacht.

“It is special to work on this.” said Karim Rashid. “HUGO BOSS is such a global brand with a contemporary vision, and Alex Thomson is such a champion in the sailing world. Meeting Alex showed me the great passion one needs for these races. And collaborating with HUGO BOSS and the Alex Thomson Racing team members, having a constant back-and-forth dialogue, was essential in shaping my vision.”

The new HUGO BOSS boat will be unveiled this summer and will race for the first time in the classic double-handed Transat Jacques Vabre race, which begins on October 27th 2019 in Le Havre, France and ends in Salvador, Brazil.