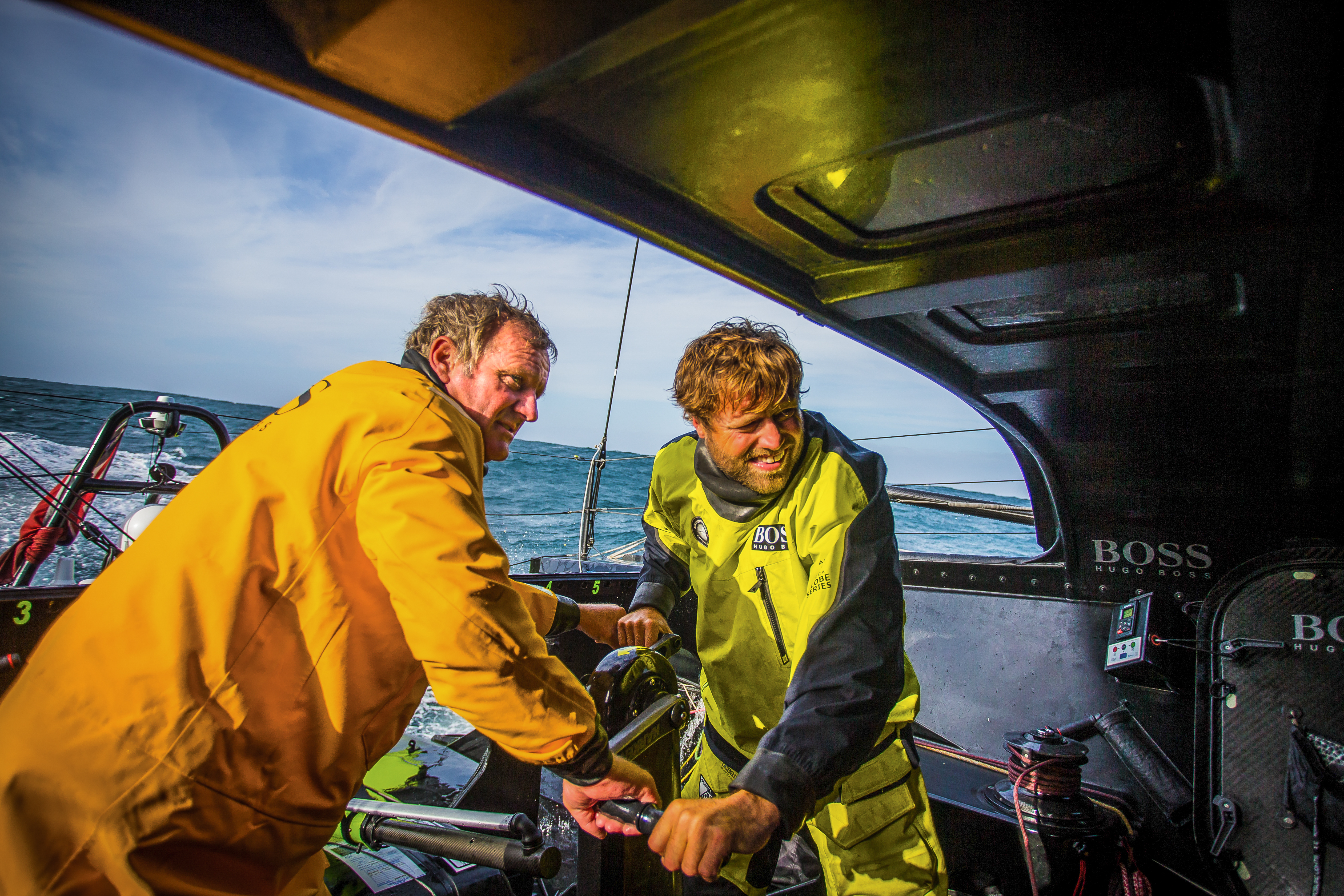 Designed by Alex Thomson Racing and French naval architects VPLP, the new HUGO BOSS boat is currently being constructed by world renowned British boat builder Jason Carrington and his team on the south coast of the UK. One of eight new boats expected to be launched specifically for the 2020-2021 Vendée Globe, HUGO BOSS remains ‘one to watch’ in the IMOCA Globe Series.

The yacht will race for the first time in October in the Transat Jacques Vabre, a 5,395 nautical miles(nm) double-handed race from Le Havre, France to Salvador, Brazil. Joining British sailor Alex Thomson as co-skipper for the race will be seven-time Volvo Ocean Race competitor, and former Olympic sailor, Neal McDonald.

Currently Performance Manager at Alex Thomson Racing, McDonald holds more than 30 years’ experience in professional sailing. Prior to his offshore racing career – which included races such as the Whitbread Round the World, the Sydney to Hobart and the Volvo Ocean Race – McDonald represented Great Britain in the 1988 Summer Olympics, before becoming both the International 14 world champion and 49er European Champion in 1989.

“Having worked with Alex since 2015 in the lead up to, and throughout, his 2016/2017 Vendée Globe campaign, I had the opportunity to gain a real understanding of how he operates.” said McDonald. “Since then we’ve developed a great relationship and I continue to respect him hugely as a skipper”.

Together, Thomson and McDonald will take to the starting line in the TJV on Sunday, October 27th. The race will present the first opportunity for fans and followers to witness the new HUGO BOSS in competitive action.

“The launch of the new boat is a pivotal moment for our team, as we look ahead to the Vendée 2020.” said Thomson. “It’s crucial that we use every available moment before November 2020 to gain as much insight as possible into the performance capabilities of the boat. The TJV will be a key part of that learning process, and it’s a fantastic race that we would of course love to win. Neal is not only an incredibly talented sailor, but he already has a great relationship with our team so he was a superb choice of co-skipper for this race”.

Following the TJV, Thomson will go on to compete in the solo, 3,100nm Transat New York to Vendée in May 2020, a race which sets the stage – and is a key indicator – for the Vendée Globe itself. Having secured a third place finish in the race in 2016, all eyes will be on the Briton this time around.

The final race in the team’s 2019-2020 calendar will be the iconic Vendée Globe, beginning on Sunday November 8th 2020 in Les Sables d’Olonne, France. The 24,000nm solo, non-stop, unassisted race around the world has long been the focus of Thomson and his 25-strong team and – having finished the last two editions of the race in third and second place – they are targeting victory in 2021.

Stewart Hosford, CEO of Alex Thomson Racing, said: “We’re delighted to share with fans our schedule for the remainder of 2019 and 2020. For the past two years our team, together with VPLP and Carrington Boats – have worked tirelessly to build a boat which we believe has the genuine capability of winning the Vendée Globe. That process continues today, as we prepare to launch this summer. It’s an exciting time for everyone involved and I speak for the whole team, as well as our partners, when I say that we cannot wait to see HUGO BOSS hit the water.”